What are the relationships of young gay men like today? It can be surprisingly difficult to answer this question with confidence. Little research is being done on gay male couples—how they build and sustain their relationships, what they think about monogamy and marriage, what they believe about the attitudes of their peers.

We did a self-funded study in 2010 called Beyond Monogamy. We wanted to know more about the experiences of long-term non-monogamous male couples. Because we were examining long-term relationships, we had, by definition, an older cohort participate in the study. But we’d been hearing that younger gay men had some different perspectives. This year, we completed our study, which focused on gay men ages 18-40 and explored attitudes and practices about monogamy and marriage.

We discovered a lot of interesting things. Younger gay men do value monogamy more than their older counterparts. They also believe in marriage. Some are applying a practice we call “being monogamish”—not exactly monogamous, but not wide open. Virtually all of our respondents believe that communicating with partners about their sexual lives is a vital part of having a successful relationship.

Our study also affirmed the wonderful and creative diversity found in male couples. I think this is useful information for anyone working with gay men, and for young gay men themselves. These men have found many ways to build strong, healthy and loving relationships—strategies we believe would be useful for all populations.

Monogamy and Marriage Are Very Popular 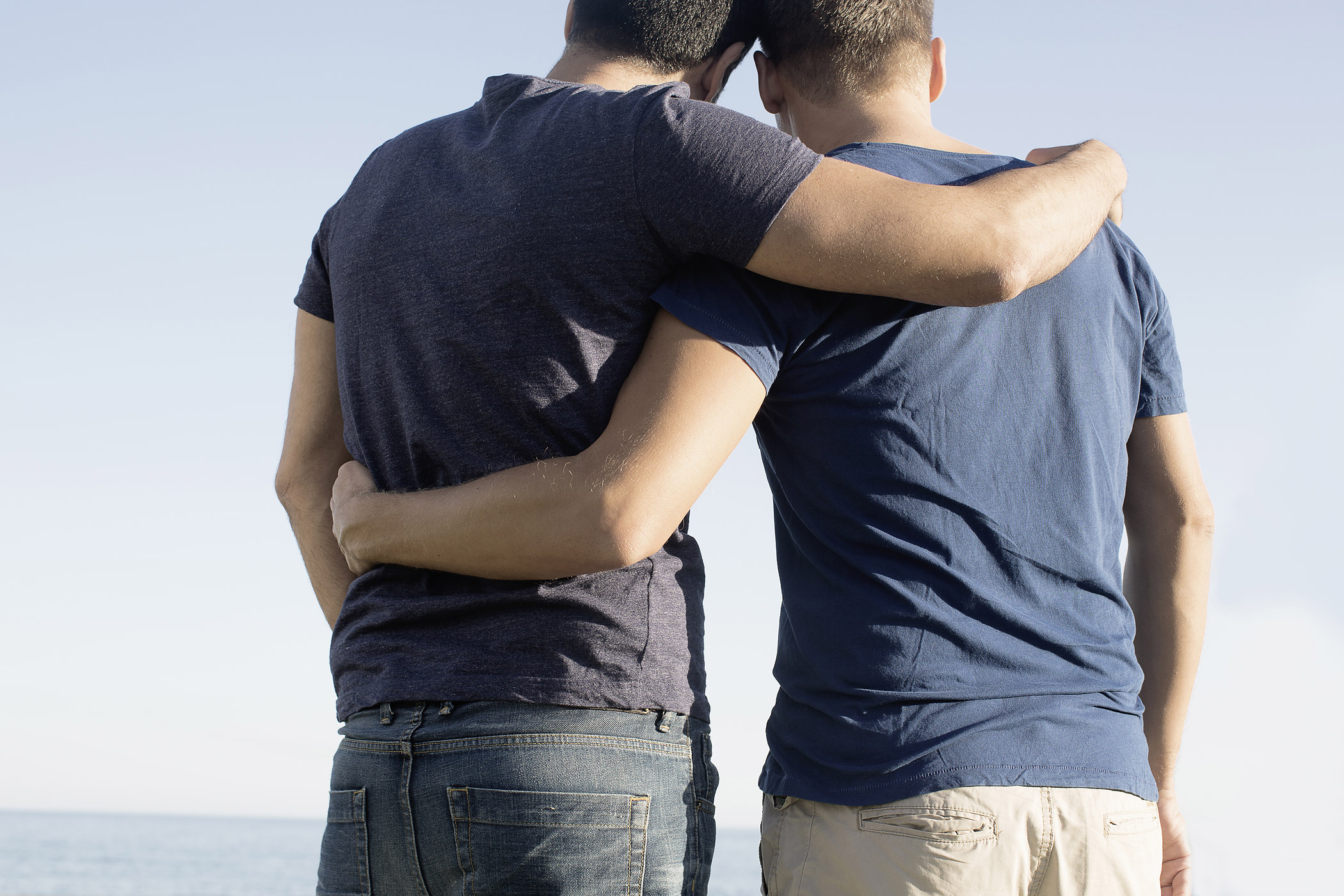 Even though we had heard anecdotally that younger men were interested in monogamy, we were surprised at how widespread this was. Eighty-six percent of couples described their relationships as monogamous—compared with 30-50% of couples among older generations. Among single respondents in our survey, 90% were actively seeking monogamous relationships.

We also heard that marriage is definitely becoming the norm. Among couples, 77% were either married, in domestic partnerships or planning to marry. Among single men, 92% expected to marry. Among all respondents, 62% said most of their couple friends are married or likely to marry.

Marriage was just as common among non-monogamous couples as monogamous.

Monogamy is a Conscious and Deliberate Choice

Before we looked at our survey results, we had some notion that monogamy had become a sort of “default” choice for a lot of younger gay men. We thought perhaps this was a consequence of assimilation—being more integrated into the general population fueled a tendency to mimic traditional heterosexual models, including the expectation that couples would be monogamous.

We found, though, that monogamous couples (76% of our respondents) were fully conscious about making that choice. There was nothing “default” about it. They were aware of other options and norms and were choosing to be monogamous. The men also brought considerable attention to strategies that would keep their relationship strong within a monogamous model.

These included the importance of communicating honestly and regularly about such things as acknowledging attractions, how to cope with temptations to stray, and keeping their sex lives together active and satisfying over time. This commitment to ongoing communication brought a lot of depth to these relationships.

Perceived benefits of being monogamous included that it encourages trust, security and closeness, that it “feels right,” and that it minimizes conflict and jealousy. A few respondents mentioned greater acceptance by family or greater respect from friends or the community at large.

In the quantitative part of this survey (which we conducted first), a small but significant number of couples described themselves as monogamous even though they had occasional three-ways or sex with people outside the relationship. We were curious about this.

We conducted a second, qualitative survey in order to explore this. In this survey, we asked respondents to self-identify as (1) monogamous, (2) non-monogamous, or (3) monogamous but held “loosely”—monogamish. Gay columnist Dan Savage first coined the term “monogamish” (Savage calls it “mostly monogamous with a little squish around the edges”).

Among self-described monogamish individuals (18% of our respondents), 75% always “played together” as a couple when engaged with a third person, whether at a party, a bathhouse or home. Twenty-five percent mostly played together and very occasionally saw other partners separately. Once again, communication was frequently cited as an essential element of making the monogamish approach successful.

Respondents had a variety of reasons monogamish relationships worked for them. These included the opportunity to accommodate differences in sexual interests or libidos, and the chance to compensate for limitations related to health or disability. Many enjoyed the added fun and excitement it brought to their sex lives. Others liked the way it kept their relationships fresh.

Ways to approach non-monogamy are as varied as the couples themselves. Most follow norms and rules that develop over time. Common agreements include honesty, limited emotional involvement with others, and putting the primary relationship first (e.g., “Don’t cancel on me to do something more exciting with someone else”). Many also establish rules about safe sex.

Perceived advantages of non-monogamy included having a variety of partners, the chance to have new or different experiences and addressing differences in libido and sexual interests. Fifteen percent of these couples described their sex together as very limited or non-existent. However, they fully valued their home-life, felt very loving toward each other, and saw non-monogamy as a way to keep what was best about their relationship (love, companionship and creating a life together).

Data Busts Up Some Myths 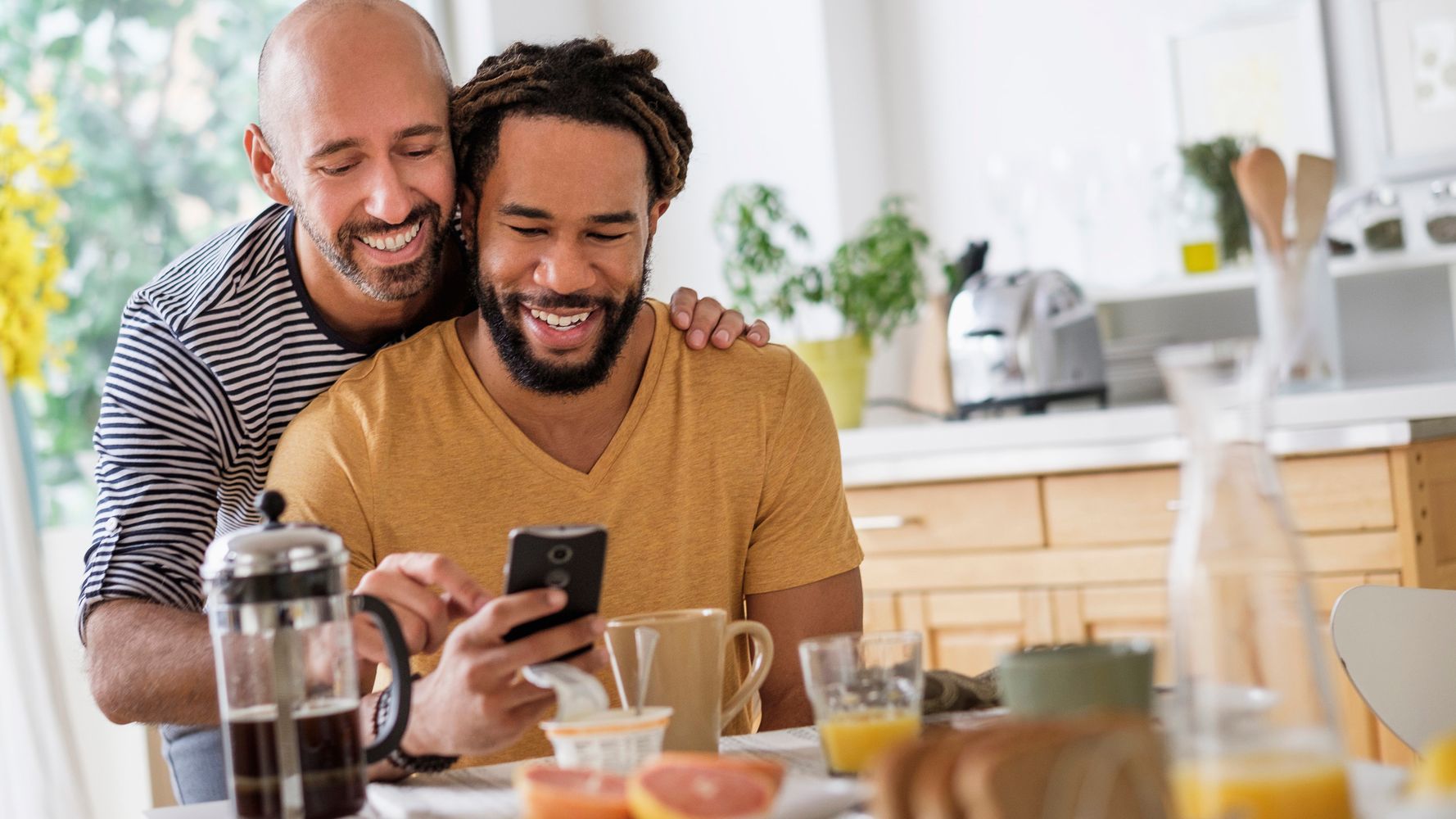 There are some persistent myths gay men hear about their relationships. The first is that it is impossible for gay men to stay true to a monogamous commitment. The second is that non-monogamous relationships don’t last.

We fully expected that non-monogamous couples would cite the need to actively choose their relationship style and communicate regularly about it. But we were surprised to hear monogamous couples use the same kind of language to describe their efforts: seeing monogamy as a choice, making sure both partners embrace the concept, avoiding assumptions and discussing often.

Both camps also complained equally about the lack of support they receive in the gay community for their choices. We think this comes back to the fact that gay men’s relationships are not “discussable.” People both inside and outside the community make assumptions about these relationships without having a lot of data or information about what’s actually going on.

There is tremendous interest in this kind of information about gay men’s relationships and a good deal of wisdom to be discovered from our respondents. Even now, six years after posting our original study, we get 200 hits a day at our website, and the report on that study is being downloaded 250 times a month.

Gay men’s relationships play a role in many different aspects of community health, including the transmission of HIV and other STDs. A number of our respondents mentioned feeling safer within a monogamous relationship because of this, but it was never the sole reason for making the choice.

They enjoyed the payoffs—“I don’t have to use condoms;” “I don’t need to take PrEP”—but they chose monogamy for other reasons. There is nothing in this study that would lead us to conclude that preaching monogamy would be an effective HIV prevention strategy.

We do think, however, that we have opportunities to provide more meaningful support to gay men’s relationships by doing the following:

Every couple is unique. We are all fluid beings, and our relationships will change over time. If you’re working with gay men, we hope you’ll consider referring them to the study to learn more about the range of relationship experiences gay men are having and the creative approaches they are bringing to their relationships.