It is a term that appeared in the early 2000s, and since then, people have been trying to create a definition that best describes this sort of man. So, who or what is metrosexual? According to the Merriam-Webster dictionary, a metrosexual is “a usually urban heterosexual male given to enhancing his personal appearance by fastidious grooming, beauty treatments, and fashionable clothes.”

Actually, the term was coined back in 1994 by Mark Simpson in his article published in The Independent. Since then, the definition has changed a bit. Nevertheless, it revolves around a male who really likes to indulge and take care of himself.

In the early 2000s, David Beckham was practically a face of a metrosexual man: perfect hair, great outfit, really well-groomed. During that time, the term was often used to offend a man who paid a lot of attention to what he looked like. Nowadays, it is something that is widely accepted.

Is Metrosexual Part of the LGBTQ Community?

This question is often heard when someone declares themselves as a metrosexual. And that is okay because not everyone is familiar with this term, and when they hear the “sexual” part in a word, they assume that has something to do with sexual preference. People often think that when someone likes to do their nails done and pluck their eyebrows, wear hair gel, etc., well, they have to be gay, or at least bisexual. 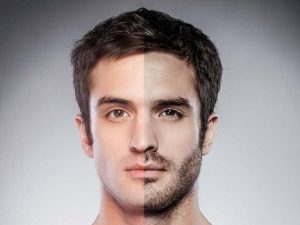 But, that is not the case because metrosexuals can be gay, bisexual, or straight. It has nothing to do with sexual orientation. It is 2021. Men don’t have to be burly to be straight.

Actually, there are some studies that show that women are more attracted to men who take good care of themselves. And why wouldn’t they rather be with someone who smells really nice, dresses as well as they do, and doesn’t have anything under his nails?

The main distinction is that being metrosexual doesn’t have anything to do with one’s sexuality. So, what is the connection between metrosexuals and LGBTQ?

Metrosexual can be gay, straight, or bisexual. Gay people can be metrosexual, work on a farm, play rugby, fix things around the house — you get the point. They don’t have to be your “typical” gay person straight from the J.Crew catalog. Gay men aren’t automatically metrosexual just because of their sexual preference.

There is a huge misconception that has been around for a long time that people started to use usually as an insult, that is, that a metrosexual is a straight guy with “gay” characteristics. That statement has deeper issues, namely that people use it to offend a straight male but also show their homophobia with one sentence. Thankfully, it is the 21st century, so most of this toxic behavior is now gone.

Don’t mix apples and oranges: one is gender, and the other is sexuality. So, the difference between Metrosexual and Homosexual:

Is It Okay for a Straight Man to Become Metrosexual?

Of course, why wouldn’t it be? As we already said many times in this article, being metrosexual doesn’t make you gay and vice versa. This trend makes lines between gay and straight people a little blurry. Straight men are rejecting stereotypical and traditional male roles in favor of doing and behaving the way they want, even if those things are considered to be “unmanly.” And if that behavior means putting more effort into their looks, so be it.

Not everything is black and white anymore. Even though back then, primping and spending a lot of time in front of the mirror was considered feminine, straight males are pushing against it. Yes, they care if they look good in jeans, and yes, they are “a real man” as much as those guys who haven’t bought a normal (fitted) pair of jeans for a decade. Whatever the term “real men” means today. 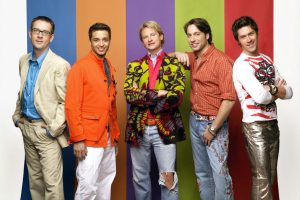 LGBTQ community is more than happy to accept anyone who is true to themselves and shows their true colors. Because if anyone knows what it’s like to feel like an outcast, it’s them.

The straight male community (if we can call them that) is not always as open. The reason behind it is mostly ignorance and fear of change. Gender roles were defined a long time ago, and nowadays, when people are stepping from the stereotype, it is not always accepted right away. However, times are changing, and so are traditional males.

And last but not least — the straight female community. Just like males, this one is evolving but is more open to change. Women like men who put effort into their looks, so it’s no wonder they are willing to accept metrosexuals and are more likely to be attracted to them.

The general take is that saying “men don’t care about appearances” is completely outdated nowadays, which is a good thing.

For so long, men were forced to be a certain kind of male.  They shouldn’t care about their looks, “men’s natural musk is the best scent” (no, it’s not), underwear bought 5-for-1 a decade ago (bonus points if their mom or wife bought it), etc. But, modern men say enough is enough. It doesn’t make me less of a man if I want to look my best. And that is true. Do you consider Brad Pitt or George Clooney less of a man? We didn’t think so.

Along with females today, they are breaking gender roles, making them a bit intertwined. Define who you are without the weight of the world and stick to that person because that is who you’re meant to be (with or without a perfume).