Us guys in relationships make up around 60% of the gay community. We also make up around 25% of new HIV infections which sends a clear message that HIV can affect us all, whether we’re coupled up or not. We all need to be proactive in ending HIV, no matter what type of relationship we are in – monogamous, open, poz/neg, neg/neg or poz/poz.  Find out more at The Guardian.

IT ALL STARTS WITH TESTING

If either you and/or your boo are negative, your part in ending HIV begins with testing.

A lot of cases of HIV transmission are from guys who think they are neg, but actually have HIV and don’t know it. That’s why regular and frequent testing is so important; even if you are in a relationship, and even more so if you are in an open relationship. 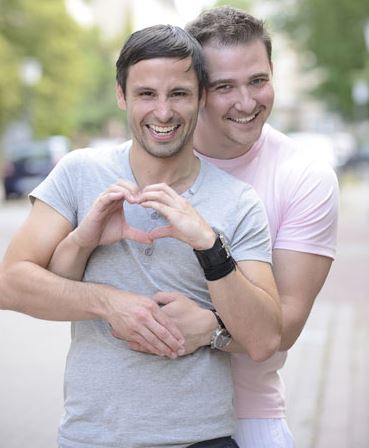 If you’re a neg guy, you should be testing at least twice a year, four times a year if you are in an open relationship with plenty of action and each time you think you may have been exposed to HIV.

With rapid HIV testing, results are back within 30 minutes, so it’s easier than ever. Find your nearest test site in NSW here, alternatively if you are in Sydney you can also visit a[TEST] which is free and requires no Medicare card.

KEEP ONE ANOTHER SAFE

HIV prevention strategies have evolved over the last few years. Condoms and lube still provide great protection against HIV and other STIs but now we also have PrEP and UVL added to the mix. This means that we now have a range of options available to us so we can have as hot a time as we like, all while keeping ourselves and our partner/s safe.

If you’re both negative you may have agreed to fuck each other exclusively and therefore may want to stop using condoms. If so, you need to test and be sure of your status before you throw a farewell party for your rubbers. Talk, Test, Test, Trust is a useful strategy when deciding not to use condoms any more when you’re both negative.

Being in an open relationship where you’re both neg means that regular testing for both of you is the best way to always know your status and keep one another safe. Opening things up adds a level of complexity to your relationship. You should have an honest conversation about the rules and expectations and consider whether PrEP fits into the equation.

If one of you is poz and the other neg, then testing is still important for both of you. It keeps the neg partner’s HIV status in check, keeps track of the positive partner’s viral load, and if either of you contract an STI, you can get on to treatment sooner than later.

For the poz guy, getting on treatment to achieve a UVL is a sure way to prevent HIV transmission to the neg partner. In the case where a UVL cannot be achieved, using condoms and/or the neg partner taking PrEP are effective alternatives.

Everyone has a part to play in ending HIV by 2020. You, your boo and the guys you play with too.