There’s a wide array of sexual orientations that someone may identify with.

Sexual identity, or orientation, is the “gender that you are attracted to, or if you are interested in sex at all,” Jamie LeClaire, a sexuality educator, writer, and consultant, told Business Insider.

In the United States, the LGBT population — and the mainstream acceptance of this community — is only growing. Gallup estimated that the percentage of Americans who identify as LGBT was 4.5% in 2017, while 8.1% of millennials self-identified as LGBT.

In June, the Supreme Court decided that antidiscrimination employment protections apply to those within the LGBT umbrella — meaning that your employer cannot discriminate against you for your sexual identity.

More recently, as NPR reports, Supreme Court Justices Thomas Alito and Clarence Thomas “issued a broadside against the high court’s 2015 same-sex marriage decision,” which caused worry among some members of the LGBT community.

This rising awareness, coupled with the reach of social media and ever-increasing visibility, has led to more mainstream recognition of different sexual identities outside of just “gay” or “straight.” But even within those categories, there’s a variety of different terms people identify with.

The historical concept of sexual identities is relatively new.

“The sexual identity in and of itself is a more recent phenomenon, so terms like heterosexual and homosexual came about in the late 1800s,” Dr. Brandon Robinson, an assistant professor of gender and sexuality studies at the University of California, Riverside, told Business Insider. “Identity is a more recent notion of who we are.”

There has also been pushback to the creation of sexual identity markers, Robinson noted. In particular, scholar Michel Foucault viewed the rise of identity markers as “a way for science to be like, ‘heterosexuality is right,’ and we’re gonna label all these other sexual identities as well, as deviant sexualities.”

Yet, sexual identity — and finding one to identify with — can also help build community and allow individuals to understand their own desires. Much of this community building takes place online.

For those navigating their own sexual identity, looking to learn more, or who are simply curious, Business Insider has compiled a list of more commonly known and used terms. Some people may find multiple identities resonate with them, while others may choose not to identify with any defined terms.

Broadly and historically speaking, “lesbian” has been defined as a woman who is attracted to other women. However, LeClaire notes that people who don’t identify as female will still use the label.

“I know plenty of nonbinary people who identify as lesbian,” LeClaire said.

For PinkNews, Amy Ashenden interviewed three individuals who identify as both nonbinary and lesbian.

“I think it’s sort of disingenuous to claim that you can’t be both nonbinary and lesbian because you can definitely have an authentic lesbian experience as a nonbinary person,” one participant, H, told Ashenden.

LeClaire defines bisexuality as an attraction to more than one gender.

LeClaire points to the Bisexual Manifesto of 1990, originally published in the now-shuttered Bay Area Bisexual Network’s publication Anything That Moves, as a key document in defining the current usage of bisexual.

“Bisexuality is a whole, fluid identity … In fact, don’t assume that there are only two genders,” the manifesto says. “Do not mistake our fluidity for confusion, irresponsibility, or an inability to commit. Do not equate promiscuity, infidelity, or unsafe sexual behavior with bisexuality.”

Pansexuality and bisexuality can often be used interchangeably. Merriam-Webster defines pansexuality as “of, relating to, or characterized by sexual desire or attraction that is not limited to people of a particular gender identity or sexual orientation.”

Identifying as pansexual can sometimes be due to a generational difference, according to LeClaire, particularly for individuals who began to identify themselves with liking more than two genders before the more modern definition of bisexuality.

“Some people also like to differentiate pansexuality as meaning that you don’t really see gender or that doesn’t even play even as a slight role in your sexual attraction,” LeClaire said. “I think everyone kind of defines that for themselves, really.”

Historically, gay is used for men who are attracted to men. LeClaire notes that this term is sometimes used interchangeably with lesbian.

The GLAAD guide notes that it is often preferable to call people gay rather than homosexual, which is “an outdated term.”

The term “asexual” broadly refers to someone who doesn’t experience sexual attraction or desire for sex. But asexuality itself is, according to LeClaire, a spectrum.

Under the catchall umbrella of asexuality is graysexual, which refers to someone who falls “between the lines of sexual and asexual,” according to LeClaire. Someone who is graysexual may have conditional sex, or have it depend upon the person.

Another identity within the asexual umbrella is demisexual, which also refers to conditional sexual attraction, generally to someone the individual knows very well.

“You have developed a rapport with them, you’ve developed maybe like a loving friendship and you tend to only feel sexual attraction under those conditions,” LeClaire said.

Allosexuality is the converse of asexuality; it means you have sexual attraction and desire sex, according to LeClaire.

As Claire Lampen reported in Women’s Health Magazine, the usage of the term allosexual is rooted in the asexual community. It’s meant to reframe an assumption of attraction.

“The term ‘allosexual’ helps eliminate the idea that being ‘asexual’ is abnormal,” Lampen writes. 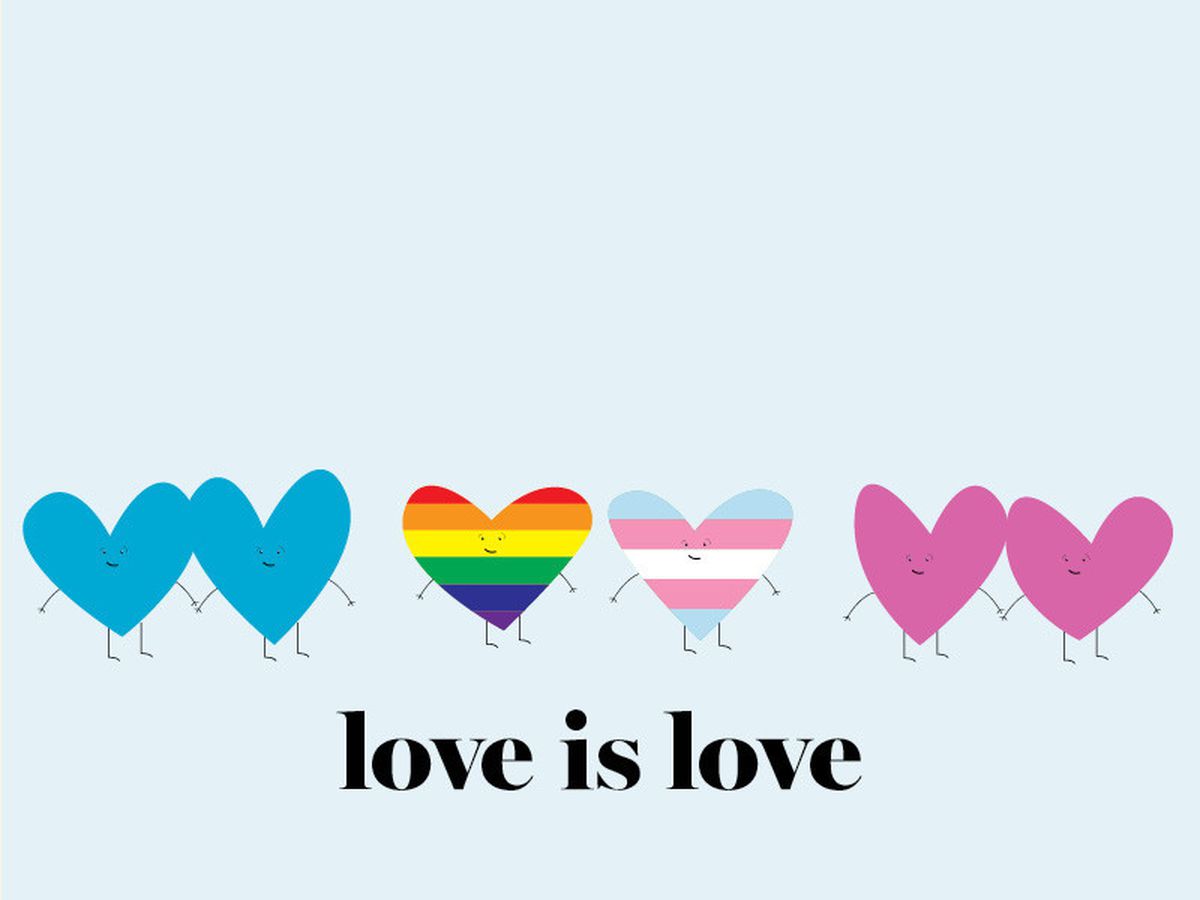 Heterosexuality is often known as being “straight.” The LGBTQIA Resource Center at UC Davis defines heterosexuality as a “sexual orientation in which a person feels physically and emotionally attracted to people of a gender other than their own.”

Around 90.1% of regular characters on prime-time scripted broadcasts in the 2018-2019 season were heterosexual, according to GLAAD Media Institute’s report “Where We Are on TV.”

Homosexuality broadly refers to gay and lesbian people. However, the LGBTQIA Resource Center at UC Davis calls it an “outdated term.

“Historically, [homosexuality] was a term used to pathologize gay and lesbian people.”

The GLAAD Media Reference Guide highlights “homosexual” as a term to avoid.

Monosexuality is attraction to one gender. Lesbian or gay can fall under this category, according to LeClaire.

People who identify as exclusively heterosexual can also be considered monosexual, as they are attracted to one gender.

Polysexuality means to be attracted to many different types of genders, but not all genders, according to Robinson.

Actor Ezra Miller has not identified himself as polysexual, but has discussed being in what he calls a “polycule,” a group of sexual partners of different genders.

“I’m trying to find queer beings who understand me as a queer being off the bat, who I make almost a familial connection with, and I feel like I’m married to them 25 lifetimes ago from the moment we meet,” Miller told Ryan Gajewski in a Playboy interview.

Queer is a catchall term that encompasses any identity outside of cisgender (someone who does not identify as transgender), heterosexual, or allosexual, according to LeClaire.

LeClaire said that the usage of queer, however, is very dependent on the person; not everyone will refer to themselves as queer.

The hesitation to use the term queer may be due, in part, to the age of the person using it.

Historically, queer has been used as a derogatory word for those within the LGBTQIA community. WNYC’s Nancy — self-described by its hosts as a queer podcast — devoted a whole episode to the linguistic evolution of the word “queer” from slur to tentative term of empowerment. In 1990, the group Queer Nation was founded by AIDS activists; the usage of the term, historian Amy Sueyoshi told WNYC, was meant as a form of reclamation. 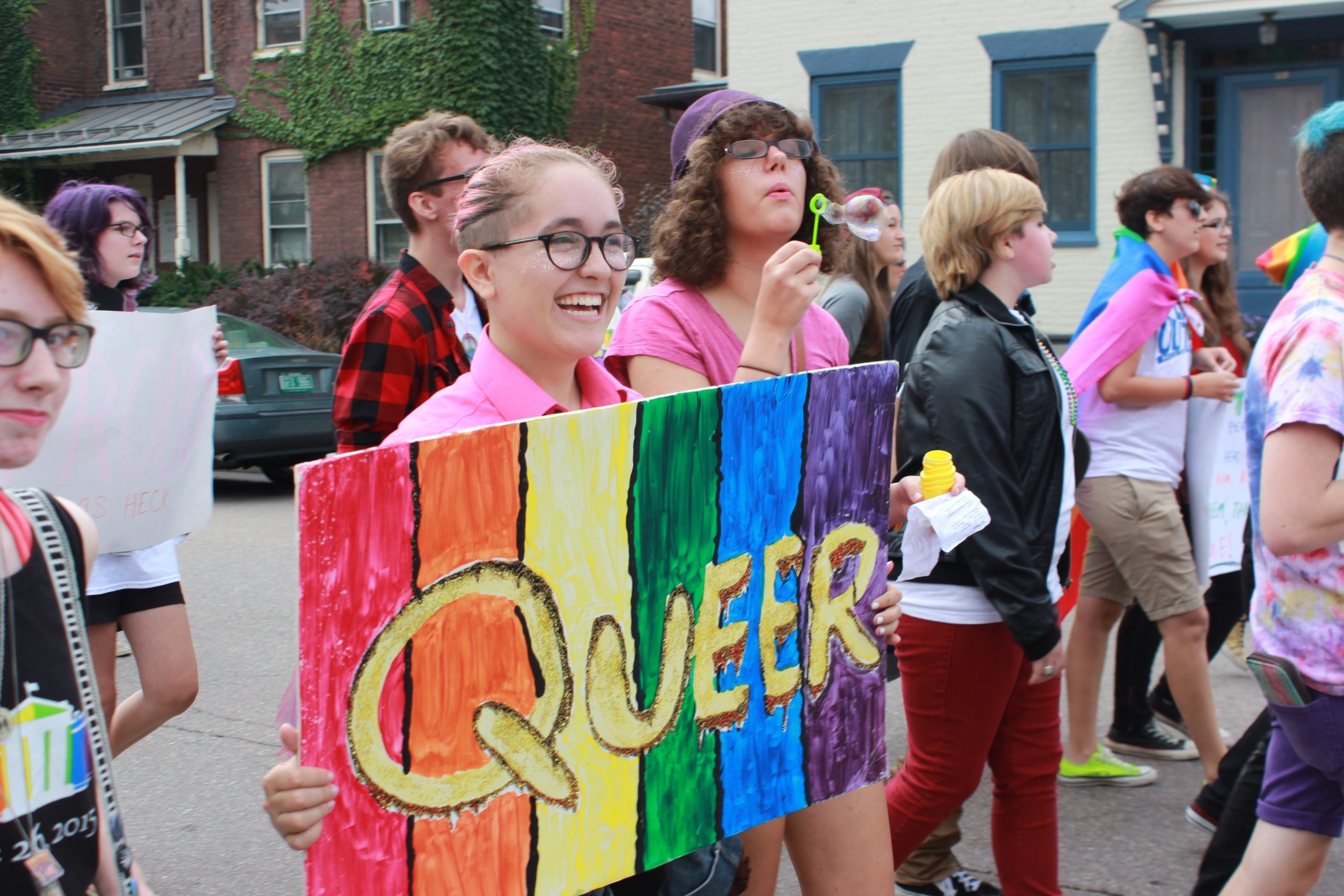 The stylebook for NLGJA: The Association of LGBTQ Journalists, acknowledges the legacy and modern usage of the term:

“Originally a pejorative term for gay, now being reclaimed by some gay, lesbian, bisexual, transgender and non-heterosexual people as a self-affirming umbrella term. Some people may identify their sexual orientation as queer because they find the other labels inaccurate or overly restrictive. Some straight people who identify with LGBTQ culture, such as children of queer parents, call themselves ‘culturally queer.’ Queer is still offensive as an epithet to many.”